Readers...Do you believe in miracles? I do!  Believe it or not, on 27 March 2010...I won second place of 'C' division in the Monthly Medal at Royal Kedah Club...and richer by RM100...Wow! I would use the money to contra my monthly subscription. 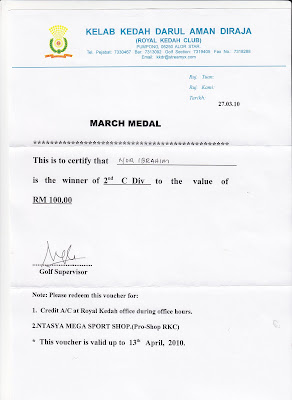 The day's mode of play was 'Bogey Play'...whatever the meaning! Short gun start and my flight started at hole #5 - 'par' 4 index 1. As expected, I took the flight's photograph before tee-off  with my newly acquired toy, Nikon 'COOLPIX', to show off to you my prowes in golf and photography...He...he...he... 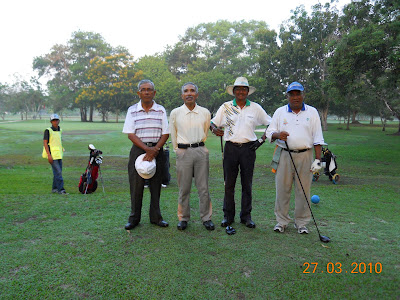 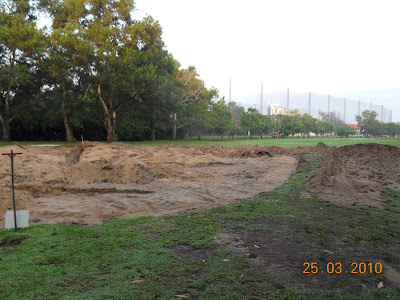 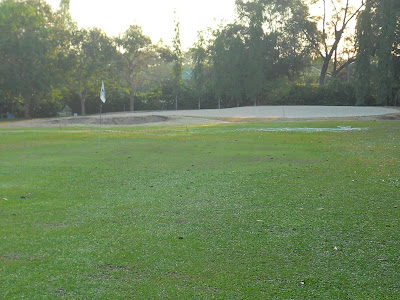 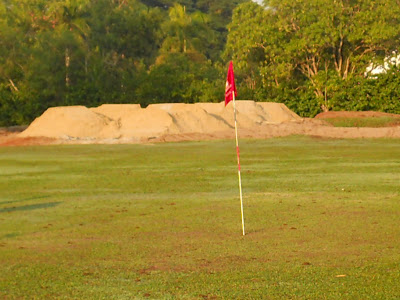 Hole #3 - Par 4
On Thursday, 25 March 2010, I participated in the 'Evergreen' and I was very confident of becoming the Champ this time since the previous game I came out 2nd place...OCB. So unlike me...total disaster!!
Dicatat oleh Mej. Dr. Nor Ibrahim bin Sulaiman PTU TUDM (B) di 5:54 PG

Need more time at the driving range maj!!!
Keep trying and whatever the result just laugh and have fun!!!

Thank you for the encouraging words. Yes...whatever the result..I enjoy the game.

Thank you. The greens are really bad. Kedah Club is planning an interclub match with Royal Pahang in May.

Congrats Maj. Maybe I should try it the next time!

You are most welcome to Royal Pahang. I will be very honored to have you as my guest. Hope the plans do materialize.