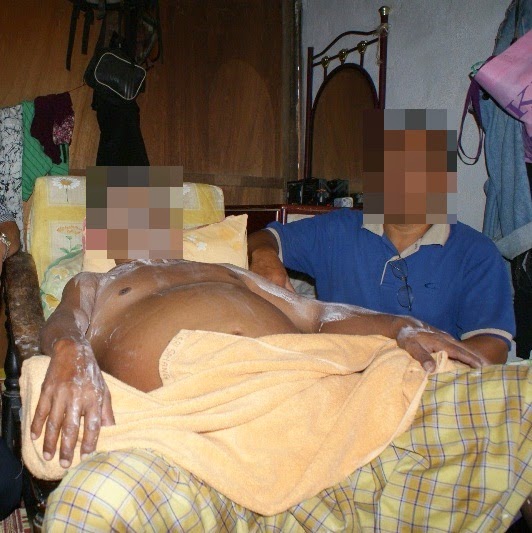 We had landed without any spare clothing nor food. We could be stranced fro any number of days, we can guess. We were starting to smell after a long day's work. There was also no place we could go to buy food for dinner for the night. All we had that night was anything we could scrounge from the survival packs carried int the aircraft. There was NOT even a place to sleep and the Captain contemplated sleeping inside the Nuri. The OCS offered us to spend the night at the Station but there was only one spare bed in a shared room, and an empty room where were we could sleep on the floor.

The second night the bed was taken by the AQM. The rest of us slept on the floor in the empty room. The next day we again spent waiting to any sound of aircraft to come with spare but still no sign.

The next night it was my turn to take the spare bed and the others slept on the floor of the empty room.  There were 2 beds in this room. The other was occupied by one policeman. He was asleep by 2130 hrs. We normally spent some time chatting among the crew before knocking off to bed. By the time I hit the bed, it was well past midnight. I laid down to bed slowly so as not awaken the other person. As soon as I had closed my eyes to sleep, I felt the bed started to shake and rock. It was shaking so hard I thought it was an earthquake. The guy on the other bed slept on. Then only I realised only by was shaking and rocking. I started to panic. The stories by the policemen about the Station being haunted started to fill my mind. I tried to keep calm and the bed stopped rocking.

I recited some verses form the holy  Quran, and went to sleep. Once again the bed started to shake violently as soon as I close my eyes. This time I felt as if someone was pressing me down against the bed. I shouted for help, apparently no voice came out. No one had heard my scream, not even the policeman sleeping the next bed. The the bed started to float??? Must be my imaginations!!! NO it wasn't. The bed had actually levitated an started to move around, even coming close to the other bed. I tried to reach my hand to the other bed, but my bed moved further and back to original position.I tried to keep calm, and after some long minute,s the bed stopped shaking. I sat up on the bed. After some thoughts I stood up. Walked out of the room and knocked on the door where the Captain and the rest of the crew were sleeping.  I slept in the spare room until morning.

In the morning the AQM asked me 'Tuan, you pun kena kah last night?' Apparently both the Corporal and the AQM had the same experience when sleeping the spare bed BUT somehow managed to complete their night staying awake in bed until morning. We again hoped that the spare would arrive in this day for it had been 3 nights without any change of clothing - just the flying suit,

At about 1100 hrs, we heard the sound of an Alouettte 111 helicopter coming our direction. Indeed it was our recovery and saviour aircraft flown by Major Nawi (OC 5 Sqn) and Lt Sapree. We were extremely happy to see them. After carrying out the seal change, aircraft flew back to Sandakan.

6-10 September 2014, there was an "Open Interview" for xNuri crews held at RMAF museum, Kuala Lumpur. Mind you, it wasn't a job application. You see, a production house is making a documentary film on the "old by faithful iron bird, the Nuri". So those appreciative people invited xNuri crews to tell our experiences. There was no formal invitation, only through WhatsApp, facebook and messages.  Of course, I wouldn't want to miss this once in a lifetime opportunity. Furthermore, it was a reunion of sort.

I met quite a number of colleagues whom I haven't met for quite sometimes, including Dato' Fauzi, Dato' Nawi, Dato' Goh S.T., Maj Peter Wong, Maj Musa, WO Thesigan, WO Mohsain, and WO Salehuddin. 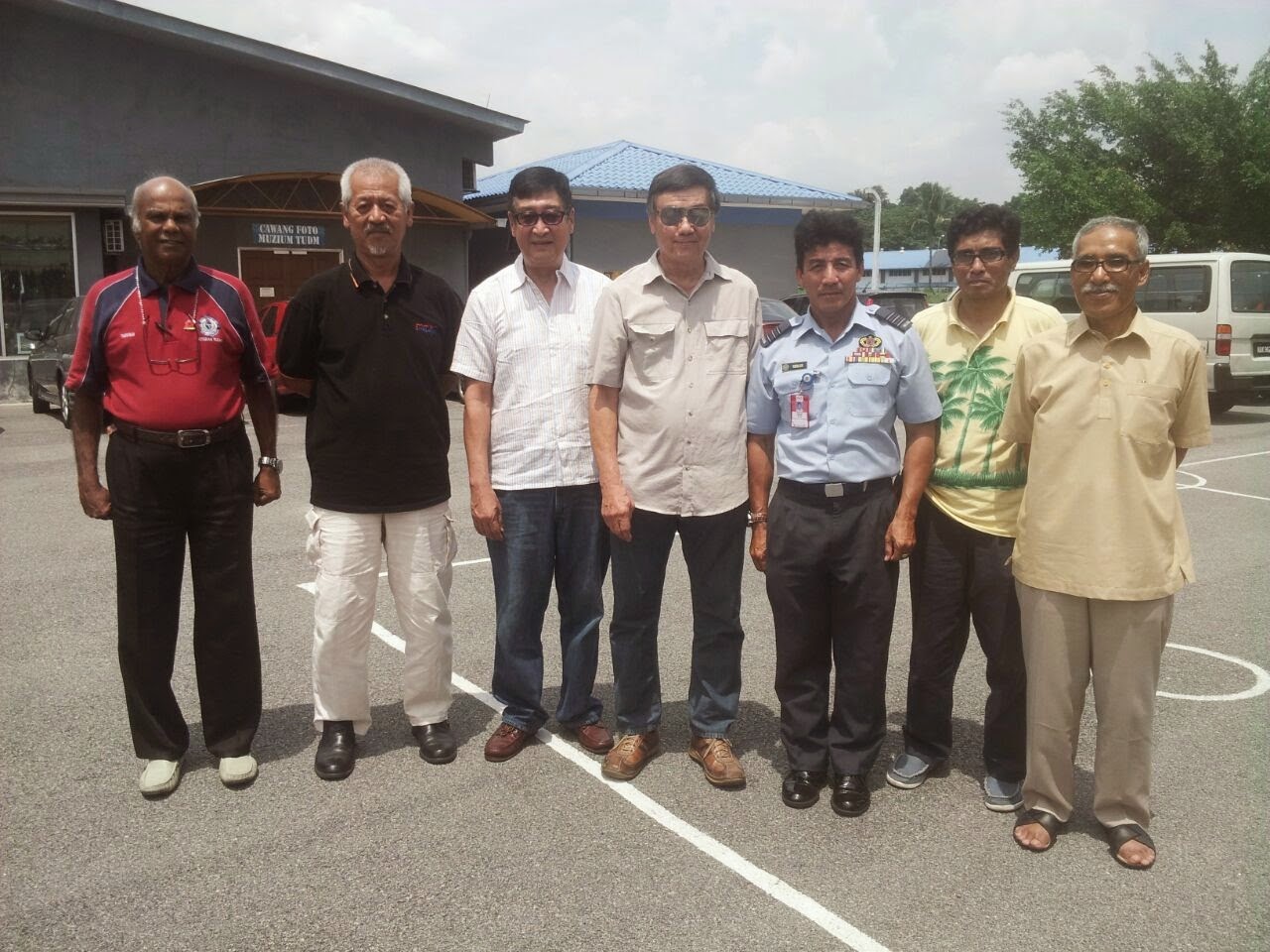 Musa was kind enough to give me his flying experiences' notes for my research. And on my part, I would like to share one of his interesting stories.

Aircraft was returning to Sandakan Airport after a second sortie load of rations for the troops of 1 RAMD on Pulau Jambongan, flying at 3,000 feet. At exactly overhead the village of Terusan Sugut on the east coast of the State of Sabah, my nose picked a sweet aroma. I made it known to the Captain who instructed the AQM to have a visual look for any sign of liquid flowing on the aircraft window. The AQM reported positive sight of 'red' coloured fluid flowing down the first window on the post side of  the aircraft. It was hydraulic fluid.

The Captain ordered me to carry out 'landing checks' and to make a 'pan call' and told me that we were having a primary hydraulic failure. In the next few seconds, the 'primary hydraulic' failure warning light on the instrument panel had illuminated and the 'primary hydraulic'' gauge had the needle dropped to zero. I had carried out the orders of the Captain and that the Sandakan Airport control tower had acknowledged my 'pan ' call by saying 'your pan call copied, call again airborne'. I thought it was quite a joke, so did the Captain.

The Captain executed a normal landing for the landing gears were down and locked in time before the aircraft lost total pressure of the  primary hydraulics. It was a small grass field about 50 metres in front the village of Trusan Sugut Police Station. The time was about 1215 hrs. It was just luck that Cpl Naidu decided to come along on this flight, 'cos he was an Airframe Tech. After an inspection of the system, he confirmed that we had a primary hydraulic pump seal leak.

None of the villagers came out to meet us on landing, NOT even a policeman. It was well after 1400 hrs before the first local person came to greet us and it was one of the policemen who came from Melaka. He offered us shelter at the Police Station and with the use of the Police Radio, the Captain managed to pass a message to RMAF Labuan of the snag  and asked for recovery and spare part replacement. The Nuri base was RMAF Kuching and it might take days before the spare part would reach us.

Later in the afternoon, we were met by more policemen from the Station. They had all gone to do their patrols during the day and had come back by 1800 hrs. There were only 9 policemen at the Station and the OCS was a Corporal, a Sabahan.